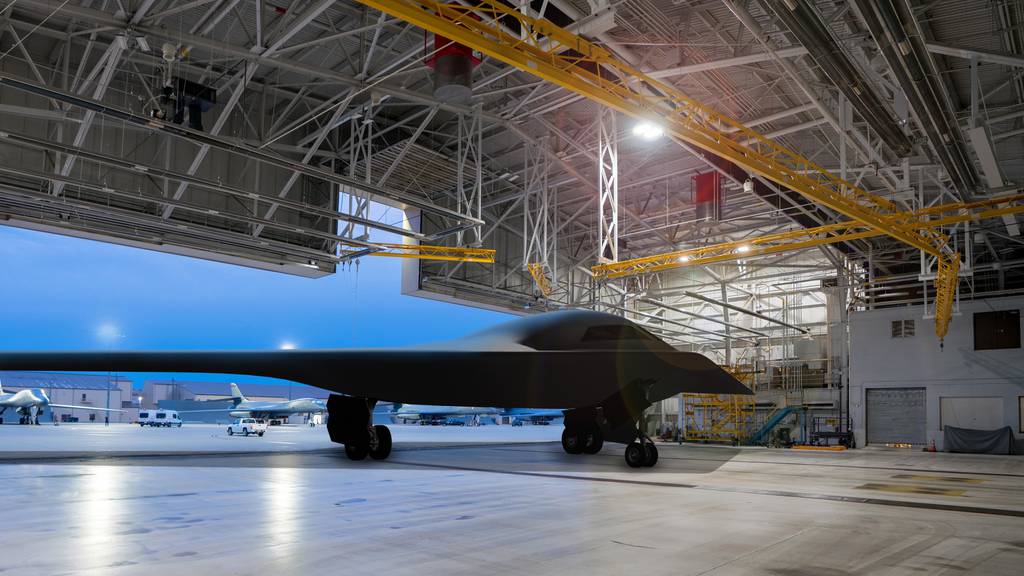 ORLANDO, Fla. — The first B-21 Raider bomber has entered the ground test phase, paving the way for its expected rollout this year and subsequent first flight.

Northrop Grumman now has six of the stealthy, next-generation aircraft in various stages of production, Darlene Costello, principal deputy assistant secretary of the Air Force for acquisition, technology and logistics, said in a Friday roundtable with reporters at the Air Force Association’s Air Warfare Symposium in Orlando, Florida.

Costello said that with the start of testing on that B-21, “we are on track for first flight [and] we’re holding to our schedule.” She would not go into further detail on plans for the B-21.

In another roundtable with reporters at the conference, Air Force Secretary Frank Kendall said he’s satisfied with the B-21′s progress so far.

“At least at this stage of the game, the B-21′s moving forward really well,” Kendall said.

During the ground test phase at Air Force Plant 42 in Palmdale, California, where Northrop is building the B-21, testers will turn the B-21′s power on, test its subsystems, test its structural integrity, and apply coatings and paint.

The next step will involve getting the B-21 ready for flight. This includes carrying out engine runs as well as low-speed and then high-speed taxiing.

After that, the actual first flight from Plant 42 to Edwards Air Force Base in California will take place. Formal flight testing will be held at Edwards.

Jones said Northrop’s B-21 team performed extensive work in the laboratory to reduce risk and ensure no surprises pop up during the test program.

“With the first [B-21] test aircraft in formal ground test, software and hardware are coming together,” Jones said. “The phase we’re in now will further prove out our design on our way to first flight.”

The Air Force has been tightlipped for months about plans for the B-21 as its anticipated rollout draws closer — including when that debut might take place.

In September, Air Force Chief of Staff Gen. CQ Brown said it is likely the service will “do something special,” such as a ceremony for the aircraft’s unveiling or for the first flight that will follow.

The Air Force last unveiled a new bomber in November 1988, also at Palmdale, when the Northrop Grumman B-2 Spirit was first shown publicly. That bomber took its first public flight months later, in July 1989.

Stephen Losey is the air warfare reporter at Defense News. He previously reported for Military.com, covering the Pentagon, special operations and air warfare. Before that, he covered U.S. Air Force leadership, personnel and operations for Air Force Times.