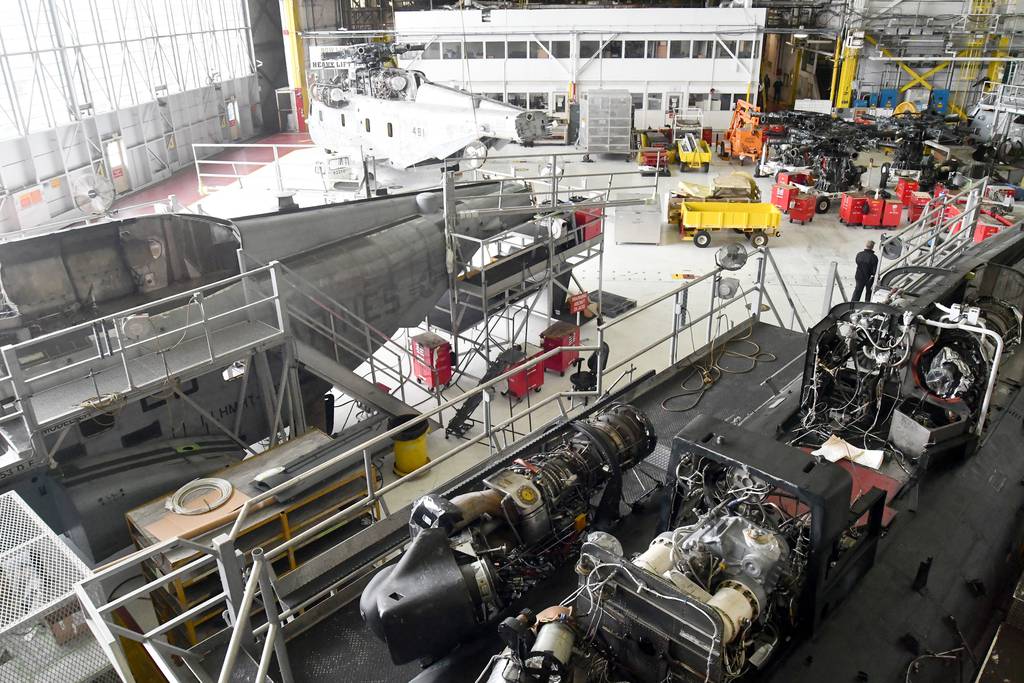 This story has been updated to include additional information from the vice chief of naval operations.

SAN DIEGO — The U.S. Navy didn’t sit tight when it reached a Pentagon goal to make 80% of its F/A-18E-F Super Hornets mission-capable.

It raised the bar.

The Navy previously held up 341 as its north star for Super Hornet fleet readiness. This was based on the 80% challenge from former Defense Secretary James Mattis, but it didn’t include aircraft in certain phases of maintenance or in certain squadrons that don’t directly contribute to warfighting.

The reason for the new number, he said, was to ensure the production of ready aircraft matches the needs of a potential fight the Navy could be called for.

Whitesell said the service created two separate models that led them to the 360 figure: one was the toughest operational plan, and the other was the Joint Staff readiness tables.

Whereas the 341 figure was a good start, but not based on a transparent methodology, Whitesell said 360 is “a standardized set of numbers that, number one, was approved by the combatant commanders, and number two — with any mission-capable number, there’s money attached to that because you got to maintain [the readiness rate] — so now we’ve found something … that [the chief of naval operations’ staff] could agree with, because they’ve got to pay for it.”

Asked how well the Navy had been able to maintain this newly recalculated 80% mission-capable rate, Whitesell said in a Feb. 15 interview it’s been coming and going.

This new level of readiness comes after a decade of struggles. Vice Chief of Naval Operations Adm. William Lescher told lawmakers in a March 3 hearing that the Navy had just 250 mission capable jets from 2008 through 2018.

“The mission capable rate in 2018 was 55% because the inventory was over 500,” he said, noting how far the Navy had come in even getting to 341 mission capable Super Hornets, let alone the new goal of 360.

The Naval Sustainment System-Aviation (NSS-A) process itself is working, Whitesell said, but too many jets are caught up in a backlog either in Boeing’s Super Hornet Service Life Modification program or waiting to be inducted into that program.

“So SLM, once we get it moving, that it gets to the 12- to 15-month delivery [per jet], it gets down to the $6- to $8-million cost for delivery, and we start that assembly line of SLM birds coming out — it’s the inventory, not the process, that’s driving the road to 360,” Whitesell explained.

He said there are seven pillars in NSS-A, and “the pillars are already operating at high RPM, and they’re very efficient at what they do.”

Boston Consulting Group in 2018 worked with the Navy to revamp its jet maintenance processes to get better readiness outcomes without necessarily spending more money or requiring more people. Whitesell said he was pleased to see a clear culture change following BCG’s efforts, which is now being managed internally by a transition and sustainment team that helps other aircraft communities create their own mission-capable goals and a plan to achieve that readiness rate. All the Navy’s major aircraft types, along with some Marine Corps aircraft, are either following NSS-A now or have a plan to implement the process to boost their readiness.

“E-2D did a phenomenal job. Within about a month to six weeks, they’d already made — they couldn’t get above 10 or 11 E-2Ds up — and they rapidly got up to 28. Now we changed their number to 34,” Whitesell said, noting that many E-2D Advanced Hawkeyes are in maintenance for software upgrades and that their return to the fleet will make it even easier to get to and stay at 34 mission-capable aircraft.

He said the P-8A Poseidon community had been “on the sidelines watching it” and immediately took to the NSS-A process when their community transitioned over. The MH-60 Romeo and Sierra helicopters aren’t even formally transitioned over to the new model yet but are already performing above plan, he said, thanks to some sailors adept in data analytics who got a jump start on applying NSS-A principles to their helos.

“They watched what was going on, and they go: ‘We can do this.’ In fact, they helped us build some of our models, our maintenance models, and they’re already operating at it — and we don’t even consider them transitioned yet,” Whitesell said.

Of the seven pillars, one is cost transformation, and Whitesell believes that’s where the Navy can make the biggest difference in taking control of its own readiness. Navy leadership has promised that any money saved within naval aviation due to better parts and processes can be reinvested elsewhere within naval aviation, leading to an even bigger incentive to find what’s not working and make it better.

“We can’t afford the ultimate [mission-capable] numbers that we have at this price we’re paying today. We have to squeeze efficiencies out. And that is the 2022 focus for naval aviation, is the cost transformation,” he said.

“Where can we find efficiencies? Ruthlessly look at our processes, understand where we can do things faster, cheaper. We can make sure that parts are more reliable, working with primes as well as other contractors. We can look at how we operate them and what we’re doing with some of the platforms, and then how we can squeeze some of the money out,” he continued.

Whitesell said VCNO Lescher, who leads the NSS efforts throughout the Navy, has told him that naval aviation cannot “go with hat in hand” and ask for more money. “He goes, ‘Stop asking for money. Go find ways within your organization, within the [type commands], where you can maintain your readiness with the funds that you have.’”

So, Naval Air Forces is working with Naval Supply Systems Command to address what Whitesell said has the most potential to boost readiness and save money: parts that don’t last as long as they’re supposed to.

NAVSUP has reliability control boards that look at this issue for a range of parts, and Naval Air Forces has asked them to do analyses on all its high-priority parts and its high fail-time parts to understand why they are breaking or wearing out faster than expected.

“Because of that, with E-2D, the parts we’re talking about today are not the part we were talking about about seven or eight months ago. They found out why they failed and go back to the contractors, and they’ve gone back and they’ve implemented some repairs on those components, or changed the engineering, changed the design for them. So now they’re on the wings — time on wing is what we’re measuring right now — and ultimately, we just want things to stay on the wings the way they were designed. That, I think, is where we’re going to find probably most of our efficiencies.”

Megan Eckstein is the naval warfare reporter at Defense News. She has covered military news since 2009, with a focus on U.S. Navy and Marine Corps operations, acquisition programs, and budgets. She has reported from four geographic fleets and is happiest when she’s filing stories from a ship. Megan is a University of Maryland alumna.