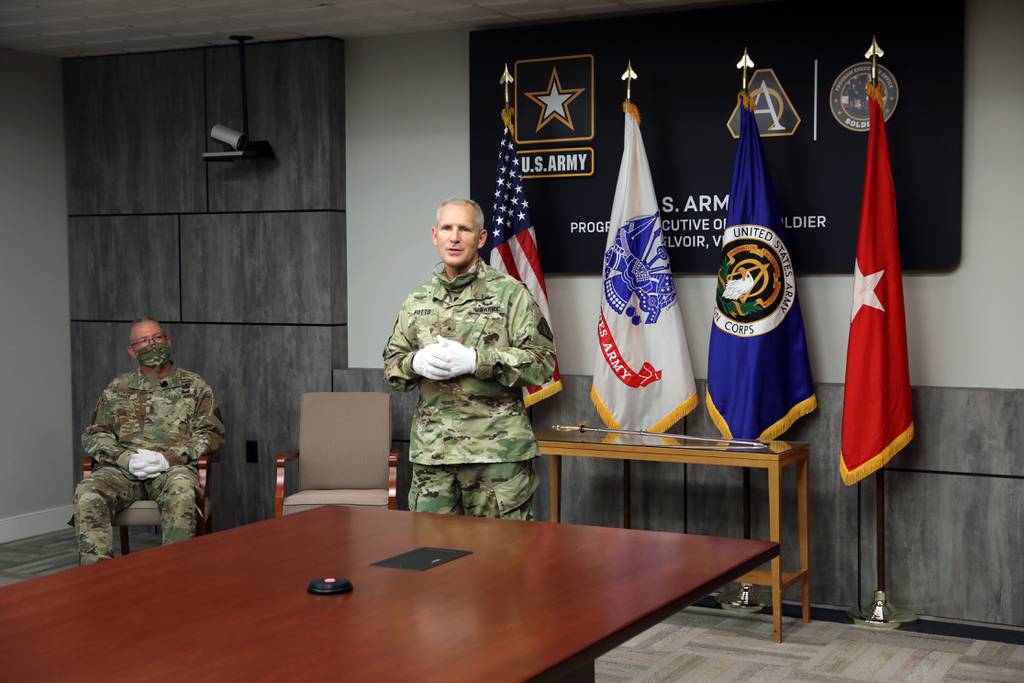 WASHINGTON — The commander of the U.S. Army’s Program Executive Office Soldier will take charge of a new office later this year, leading the service’s efforts focused on networks and communication systems.

Army Maj. Gen. Anthony Potts was selected to head the Program Executive Office for Command, Control and Communications-Tactical, or PEO C3T, according to announcements shared on social media Feb. 28.

Potts will succeed Army Maj. Gen. Robert Collins, who will head to the Pentagon this summer as the deputy of acquisition and systems management inside the Office of the Assistant Secretary of the Army for Acquisition, Logistics and Technology.

Until the transition is complete — it’s expected to take several months, wrapping in early summer — Collins will continue as PEO C3T. An exact date or timeline was not readily available.

PEO C3T develops, fields and supports the Army’s various networks, radios, satellite systems and related hardware and software. The office has a nearly $3 billion annual budget and a workforce of more than 1,000.

Potts will arrive at PEO C3T, headquartered at Aberdeen Proving Ground, Maryland, after years of leading PEO Soldier at Fort Belvoir, Virginia. That office deals in equipment — uniforms, body armor, gloves, night-vision devices and weaponry — but is no stranger to the communications world.

Paul Mehney, the PEO C3T communications director, on Tuesday said the two program offices have a “strong, longstanding relationship,” citing Army Capability Set ‘21 and its integrated tactical network as recent proof. Teams from both PEOs, Mehney said, “continue to work to improve network connectivity and capability” while also coordinating with industry and the Army’s science and technology program.

At his new post, Potts will help guide the modernization of the Army’s tactical network, among other responsibilities.

The Army is taking a stepwise approach to upgrading its systems with what it calls capability sets: technological improvements implemented every two years that build upon each other. The effort began in fiscal year 2021, with a focus on infantry brigades. Goalposts have been planted in fiscal years 2023, 2025, 2027 and beyond.

“We’ve established a very rigorous and methodical two-year capability set cycle,” Collins told C4ISRNET in 2020. “One of the things that I would certainly underscore that I’ve carried from my past position into this position is we here are acquisition professionals,” he added. “We will continue to underscore acquisition, discipline and rigor within our programs.”

Colin Demarest is a reporter at C4ISRNET, where he covers networks and IT. Colin previously covered the Department of Energy and its National Nuclear Security Administration — namely nuclear weapons development and Cold War cleanup — for a daily newspaper in South Carolina.